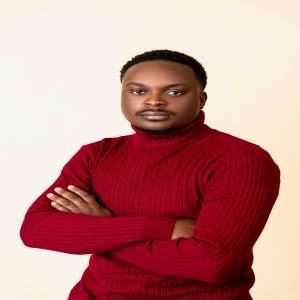 Lekan Olalusi, the King of the Entertainment Industry

UNITED STATES, Jan. 23, 2023 /EINPresswire.com/ — New Jersey-based entertainment executive, music producer, and filmmaker, Lekan Olalusi, has found his breakthrough and is on his way to becoming one of the biggest names in the business. With over 10 years of experience as a music producer and over 100 tracks to his credit, Lekan opened his own state-of-the-art recording studio, Weihls Studios, in Union, NJ in 2020.

Lekan’s skills as a music producer, mixer, and master engineer, and his ability to mix in Dolby Atmos, have earned him a reputation as one of the top sound engineers in the business. He has worked with some of the top names in the music industry and continues to contribute to the success of up and coming artists through Weihls Studios.

In addition to his music production skills, Lekan is also an accomplished filmmaker, having shot and directed numerous documentaries, music videos, feature films, and brand commercials. He happily talks about his love of creating and feels most alive when he creates.

Weihls Studios, which Lekan founded, serves as a home for budding talents who don’t know how to bring their dreams to life. Lekan is a strategist and skilled in talent development, He has earned the title “AFOBAJE” which means Kingmaker for his ability to discover and develop talent to fame. Weihls Studios has been a breeding ground for immeasurable talent and Lekan has established himself as a force in the entertainment industry.

Also Read :  Netflix's The Sea Beast is Getting a Sequel

When asked why he lives a life of serving talents by using his talent and resources, he said “there was no template for me when I started and when I felt a little success, I knew it was important to start creating a bridge and design a template that will enable future talents to reach their goals quickly.”

Lekan Olalusi, known as the “Kingmaker” for his ability to discover and develop talent in the music and film industry, has established Weihls Studios, a breeding ground for the immeasurable talent and powerhouse in the entertainment industry.


EIN Presswire’s priority is source transparency. We don’t allow uninformed customers, and our editors try to be careful about removing false and misleading content. As a user, if you see something we’ve missed, please let us know. Your help is welcome. EIN Presswire, Everyone’s Internet News Presswire™, tries to define some of the boundaries that are relevant in today’s world. Please see our Editorial Guidelines for more information.

Submit your information to the media